Following God with all my heart! :)

I started a wiki page for Warhammer Quest. I am using a nifty single-page document called TiddlyWiki. Visit TiddlyWiki.com to get a copy and instructions on how to use it. In my opinion, it is a really handy tool for all sorts of things. I have begun to use it as a planner for organizing my thoughts to write a novel.

The Warhammer Quest wiki I am calling Warhammer-Quest-A-Pedia, because I intend to use it as a quick reference to help remind some players of rules, interpretations and etc... Also, I plan to use it as a place to share my commentary on various aspects of the game. For instance, I have two sections on game strategy so far: Combat Strategies and Healing Strategies.

It is a work in progress. Also, it is fairly easy to save a copy to your pc. Just use the Save As option from your browser menu.

Another Slow Weekend, but still plenty to do...

My gaming message board for Warhammer Quest was much slower than usual over this last weekend. But, I still had plenty to do.

I am continuing to work on revamping my mapping method for the games AND to create a complete Monster Image Gallery. (more details below)


Originally -- and currently most games are this way -- I would create an image of a map by putting images of each room, corridor, door, doorway, warrior, monster and object on a main map image. Then to edit, I would have to select, copy, and paste. When moving things around I would have to copy portions from master image files to paste over warriors, monsters and etc... to cover up where they had been. Also, with repeatedly saving these edited images, the image quality and thus the quality of the map would degrade. This necessitated even more editing to restore and/or to clean up portions of the map image(s).

Now, with the new html table method for my maps, I will have much less trouble -- virtually none -- with image degradation, AND it is much easier to move things around, from one cell to the next, by dragging and dropping the gameplay pieces (monsters, warriors and objects). However, each square of the game board (map) is now created by a background image, and each of these must be created from square segments of the game board sections. This enables me to move things around without modifying the board unintentionally.

Anyway, this preliminary work is really a lot of work. If anyone knows of a free or inexpensive image-splitting software or add-on, it could potentially cut down drastically on the amount of work involved, making for a smoother and much sooner transition in all my online games to the new method.

Also, I am making a master file of monster images with all their game info attached by tool-tips (alt text and title text -- so that hopefully they will work in most browsers). This way I only need to copy and paste those monster images, without having to add the text over and over.

What am I using to do this? someone might ask. I am using Microsoft FrontPage to created the tables and master image files (with the text attached). Then I also use the same program for the nifty drag-and-drop procedures and anything else that needs doing to edit the game board. I also use a decent, but lower quality picture editor, 602Photo. I also use MS Paint to help clean up some images before pasting (again) them into 602Photo for transparency and for the final master image file save.

Here are two game maps where the new mapping method is already in use:

Since Runboard doesn't allow html in the posts -- which is certainly understandable, I place a zoom map image in the Turn Text topic of these games and link that image to the html map page. This seems to work out nicely, so that the players can see what is going on, but then click on the image to see more and more in depth when they need to do so.
Tweet More...

Not Feeling So Badly Now :)

Well, thanks to some clarification, I now realize that the one who commented on my "self-promotion" was doing so primarily in jest.

Also, my over-night work project is all done. So, hopefully, I can get back to some normal sleeping hours. Lack of sleep can really make me feel despressed.

I am thinking of the idea that someone said that I, the Old Warrior, am the most relentless self-promoter that they know.

I suppose I understand how they could think that, because I have been promoting my website, Old Warrior's Stronghold (as a place where many custom things are available) and my message board as well (as a place where people can come to play Warhammer Quest games). AND, I have been quite active in the Warhammer Quest message board (270 or 271 posts so far). But, really, I thought I was doing all this because I am such a fan of Warhammer Quest AND because I like to see others having fun "at my expense" -- meaning as a result of a lot of my time and labor.

I have often been embarrassed in the past whenever I would try to enter into a conversation or try to answer a question put forth by a school teacher, pastor, Sunday School teacher and etc... I would step out of my shell of backwardness and shy nature because no one else was talking at the moment. Often the hearers would not realize what I was trying to say, or maybe I was just too awkward.... Anyway, I would get embarrassed, because I would feel that I had utterly failed to accomplish what I had intended and that I had made myself look foolish in the attempt, which may or may not have been true.

Well, anyway, I now feel that I should re-examine my motives and perhaps try NOT to promote myself so much -- which I really never consciously intended to do.
Tweet More...

I thought some people may never actually click on some links I provide here to see my new message board. Therefore, I am posting a few screenshots of my Mutant Chronicles online board game. If anyone wants to see the message board, I have made the first image into a link to the board as well. :) 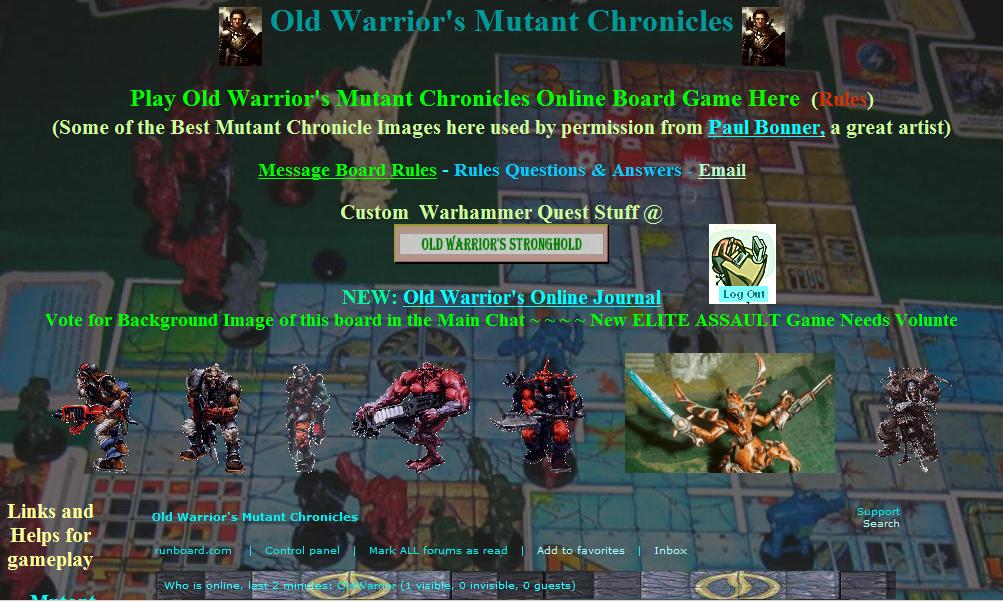 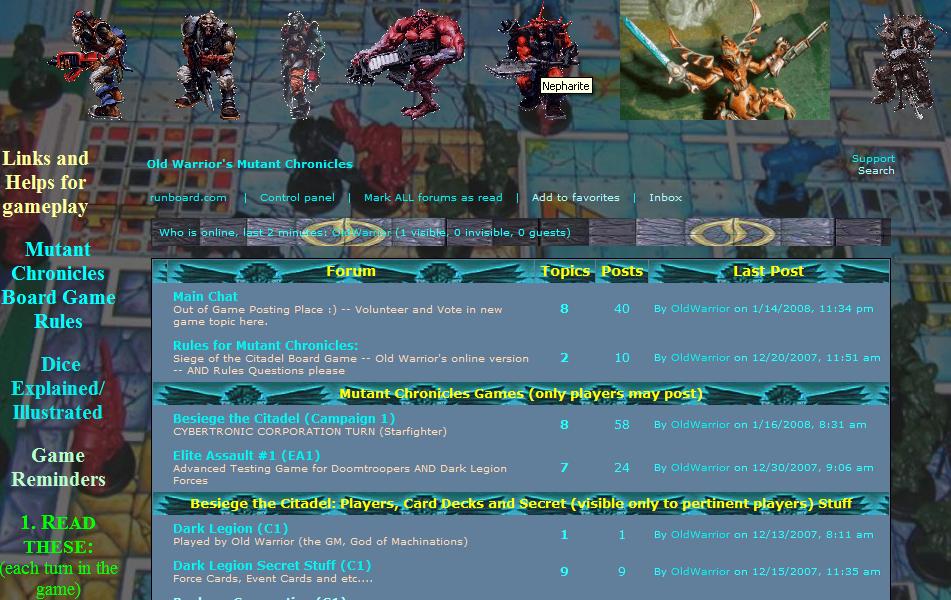 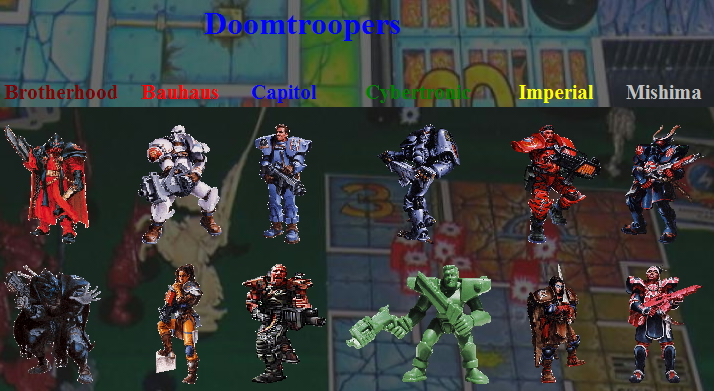 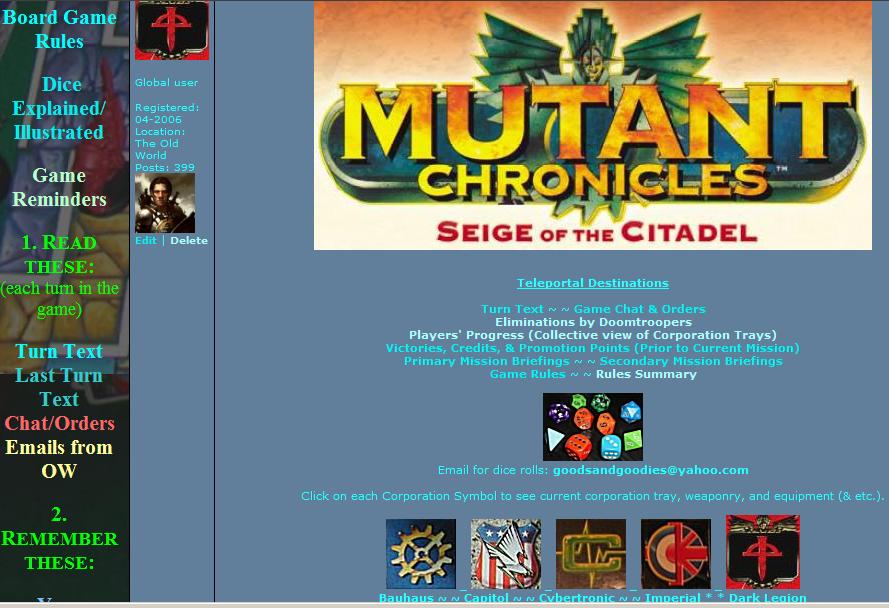 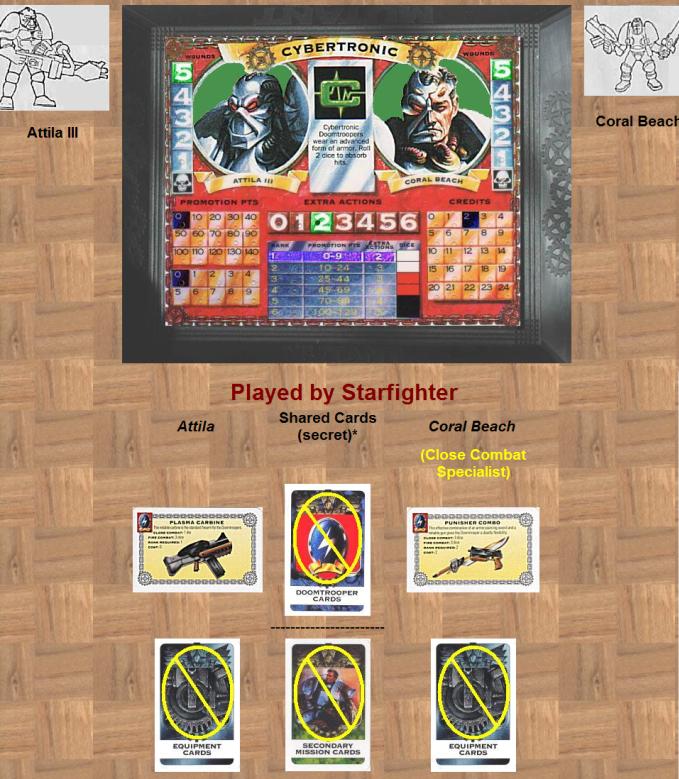 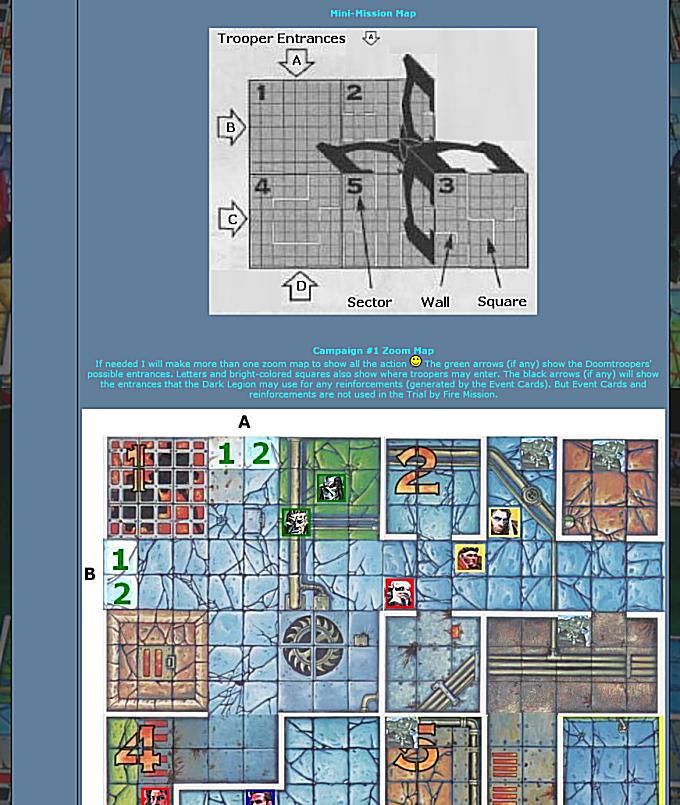